Video marketing had to evolve. It was inevitable.

You had to worry about the following:

Well, someone has finally done something about it.

His Easy Video Player software had game-changing features two years ago that other video marketing solutions have just recently tried to introduce.

And on top of that, Josh could boast about the following:

Rather than throw in a few, new and “cool” features and re-launch his product simply for the money, he listened to his customers and did something else.

He took over two years and hundreds of thousands of his own dollars to create something that will change the way you market your business with videos.

You’ll now be able to record, edit, publish, market and track all your videos with one, easy-to-use solution.

Josh is releasing this all-in-one video marketing solution on January 15th, 2013 with a free video series leading up to the launch.

He’s going to reveal the story about his journey and passion that led him to spend hundreds of thousands of dollars from his own pocket to create the ultimate video marketing solution.

And how you can now do the following:

What all this ultimately means for you is that marketing your business with videos is going to be much, much easier.

And you’ll make a ton more money while having more time to do what you love.

Josh is also going to demonstrate the amazing power of his creation in this series.

So go see how video marketing has evolved. 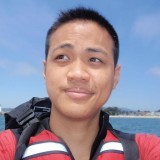 Bobby Huang creates videos and content to help his readers get the most out of their lives. He focuses on getting the most results with the least effort in Information Products and Passive Income. It's not lazy, just called being effective bro.